I wrote this last October, but got it out just now.

Mixed climbing around Chamonix this Autumn seems to be slightly desperate. Very dry conditions everywhere I’d say. Although, here and there, one can find lines in okey nick. It’s getting colder and even if we get more snow, it won’t stick to higher faces that well.

We went to see Jorasses on Tuesday and it looked quite horrible. Black ice, powder on slabs, too thin.. But it’s always possible to climb something. Short routes on the N face of the Midi are good options when bigger faces look too daunting. 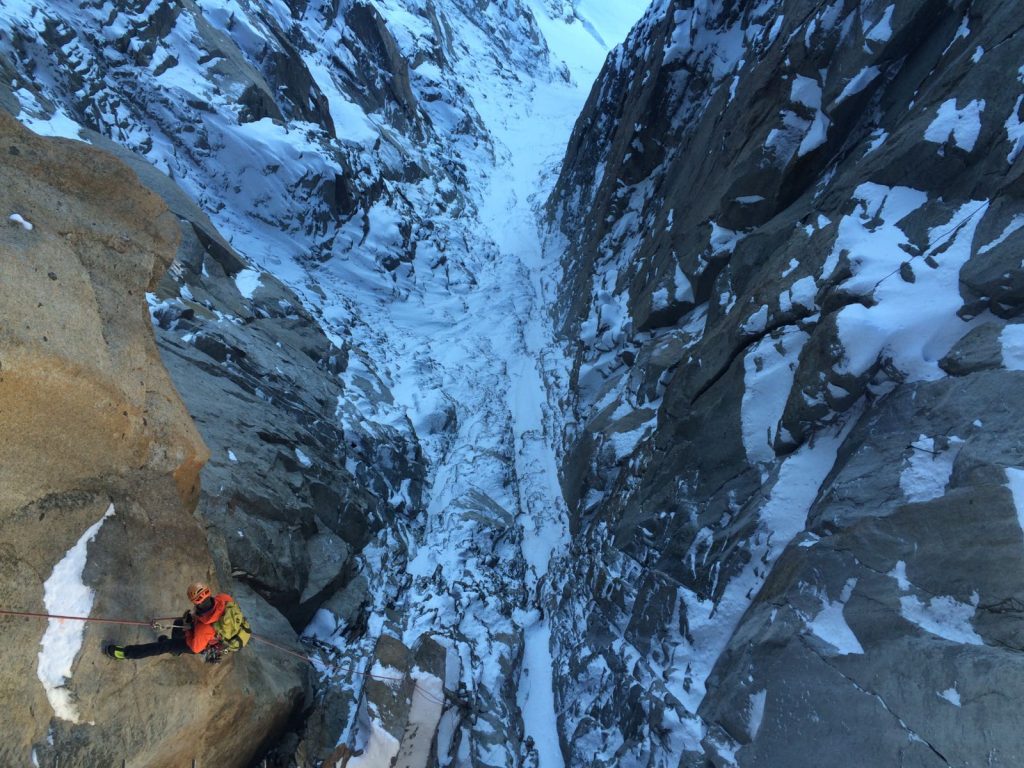 This was one of lines I wasn’t looking forward to climb, but somehow I found myself standing below it with Tim Oliver just after the big four day storm. Deep snow was theme of the day.

The line climbs obvious couloir below the toilets of the Midi and it’s not difficult to figure out where the name comes from. Only three easy pitches lead to the terrace of the Midi. Probably the best part of the route is the free hanging rappel off the bridge.

Tim won rock, paper, sicors and got the first pitch which was basicly just deep snow, but it took ages to climb. I led the second one with some fresh ice in the back of the gully. Third pitch was steeper, but not too hard. Special shower of something liquid coming from the toilet made me climb faster though. 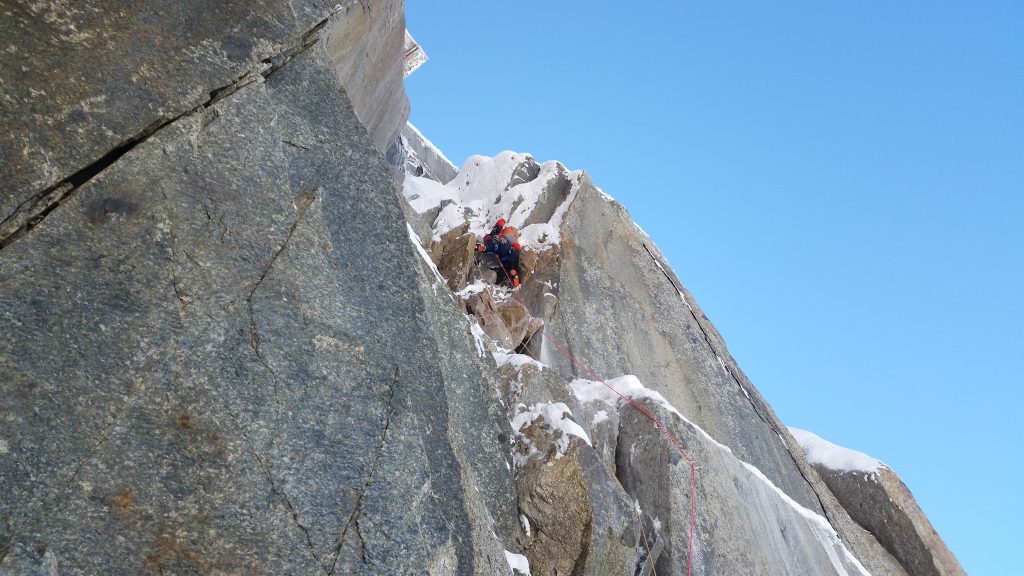 Few days later I teamed up with German Till No. This time we aimed for the Jottnar. Two Brits did the FA in 2013 and graded it Scottish VII, 8. Since, it has become “must do” route for the climbers looking for something more challenging on the Midi’s N face.

First two pitches are basicly the approach, but offer nice mixed moves here and there. Third pitch is the crux and definitely looked more interesting. Till was climbing with tools first time after 1,5 years, so I got the lead. I quickly climbed to the the blank rock face splited by a single crack. Proper dry tooling ahead. Without thinking too much I headed upwards. Most of the time I was able to climb with bare hands, but also few agressive torgues were required too. Feet were crystals which made going pumpy. After one delicate move to the left it should have been over, but I was suprised by the difficulty of the remaining part. Bad hooks under 40cm of new snow. The pitch is graded M6+ or M7 in some more gentle forums. I’d say it’s M6+, but no more.

Till arrived to the stand pumped as well. Without wasting time I took the lead for the fourth pitch too. Stunning corner with ice in the back wasn’t hard. Mostly very enjoyable (M5+) climbing with good pro. Ice was quite old though.

An excellent route and super fun to climb with Till! 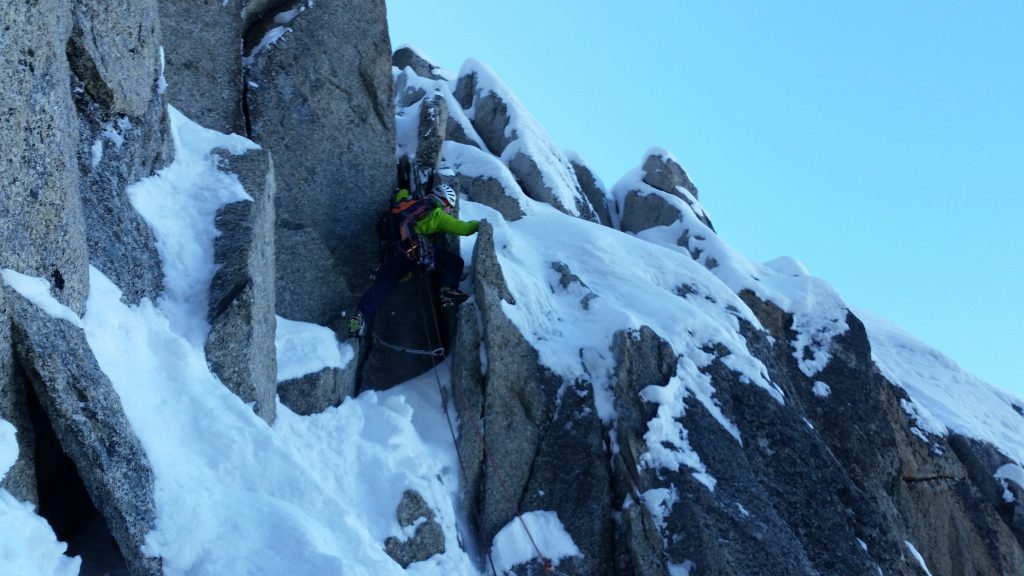 Till on the easiest pitch.

Juho going for the crux. It went free. 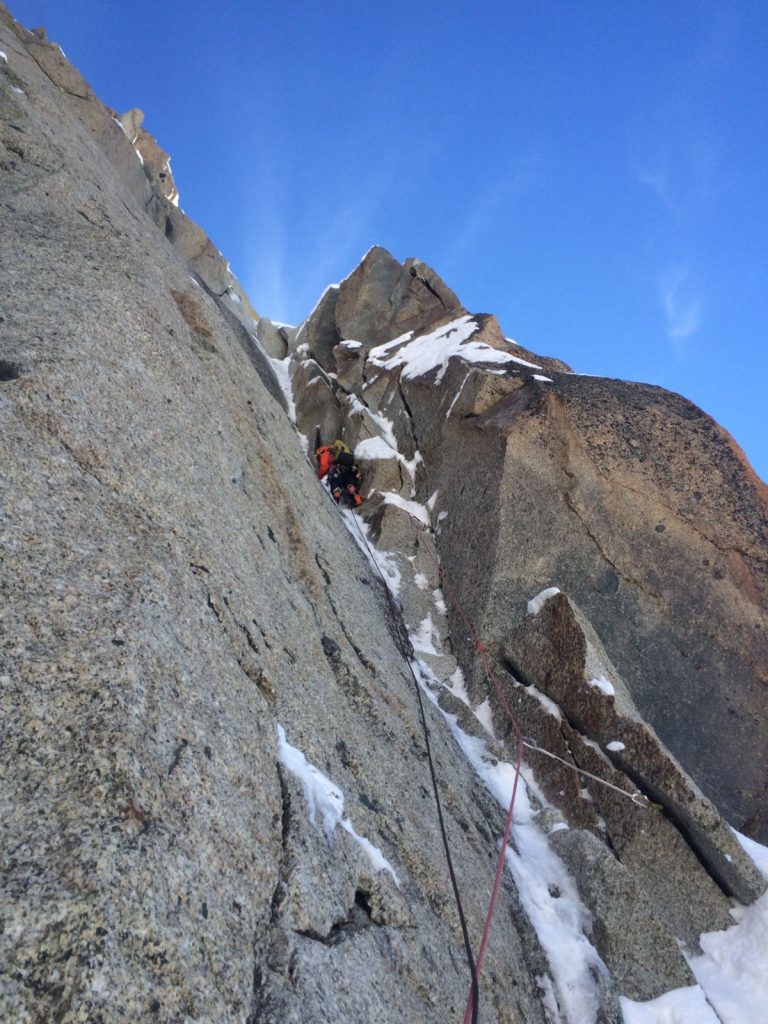 Juho on the last pitch.

Finnish photographer Aleksi Mehtonen arrived for the few weeks of alpine action in late September. After bailing from a Chardonnet we managed to climb Vent du Dragon, first alpine mixed route for Aleksi. Such a great day in the depths of the Midi.

Again two snowy approach pitches were followed by the real thing (two M5 pitches). Conditions were challenging, but we managed to enjoy the route! 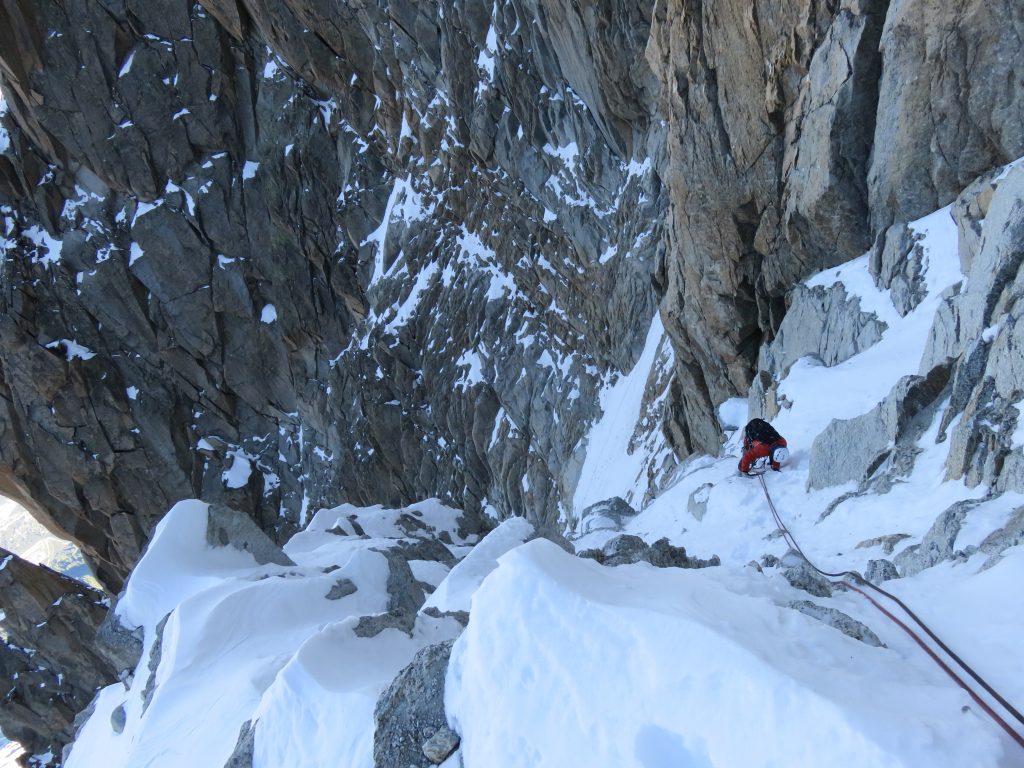 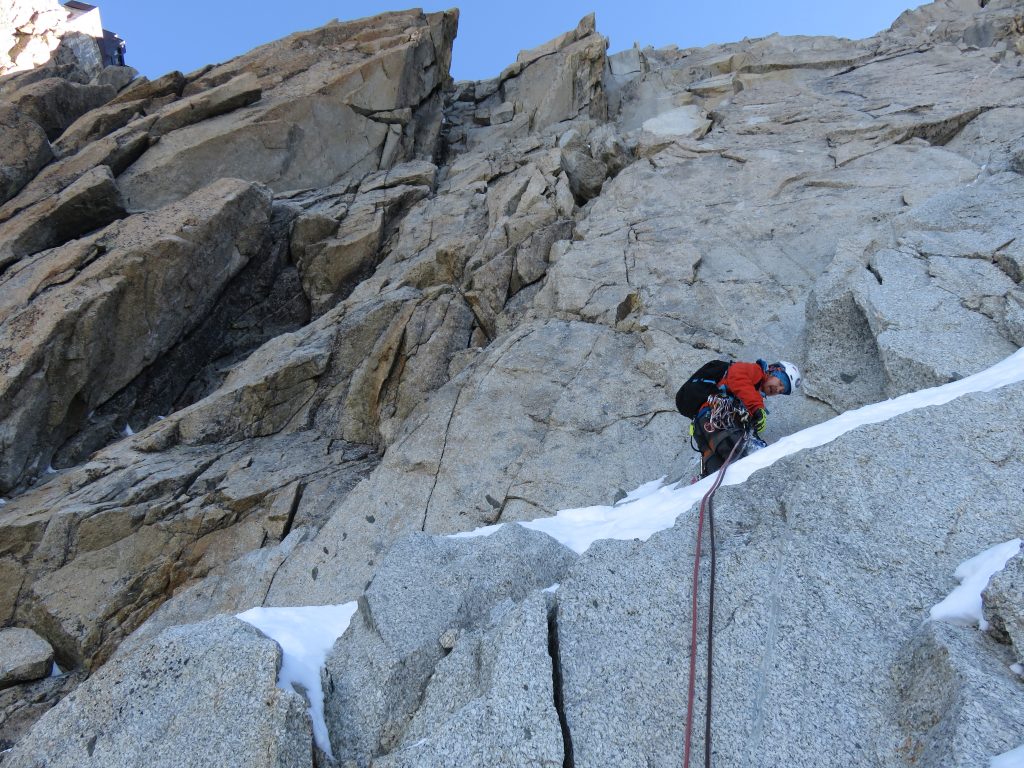 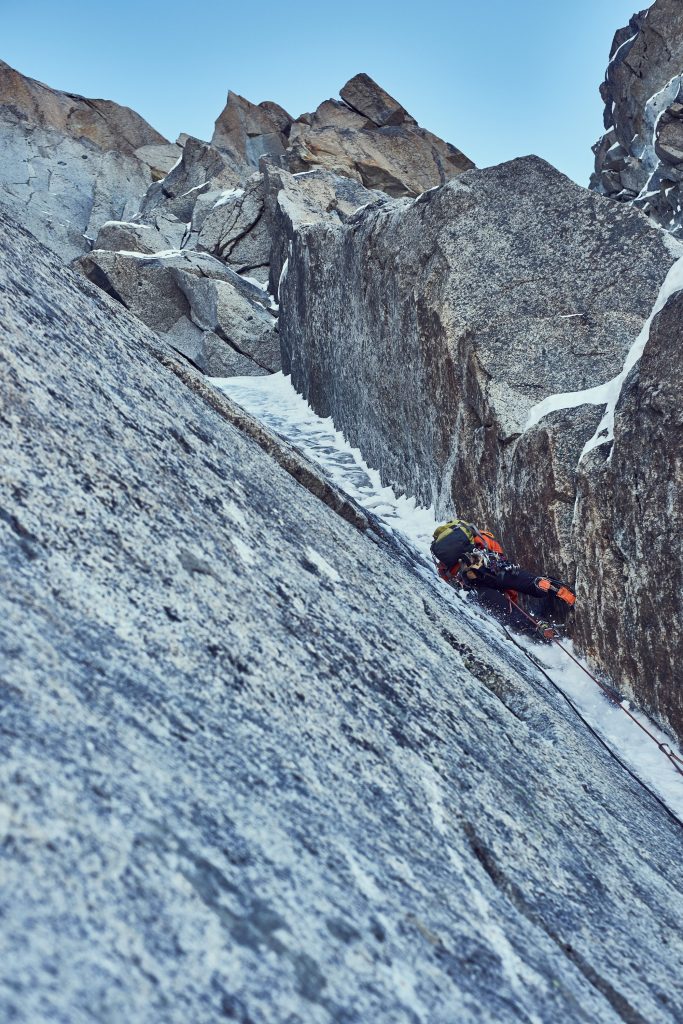