First winter season in Northern Norway was quite productive one, even though we had several bad weather periods that lasted weeks. Below you can find topos from all the biggest new routes we managed to climb. There so much more to explore. Feels like I just scratched a surface. Feel free to ask more info about locations and lines as topos are not very detailed. 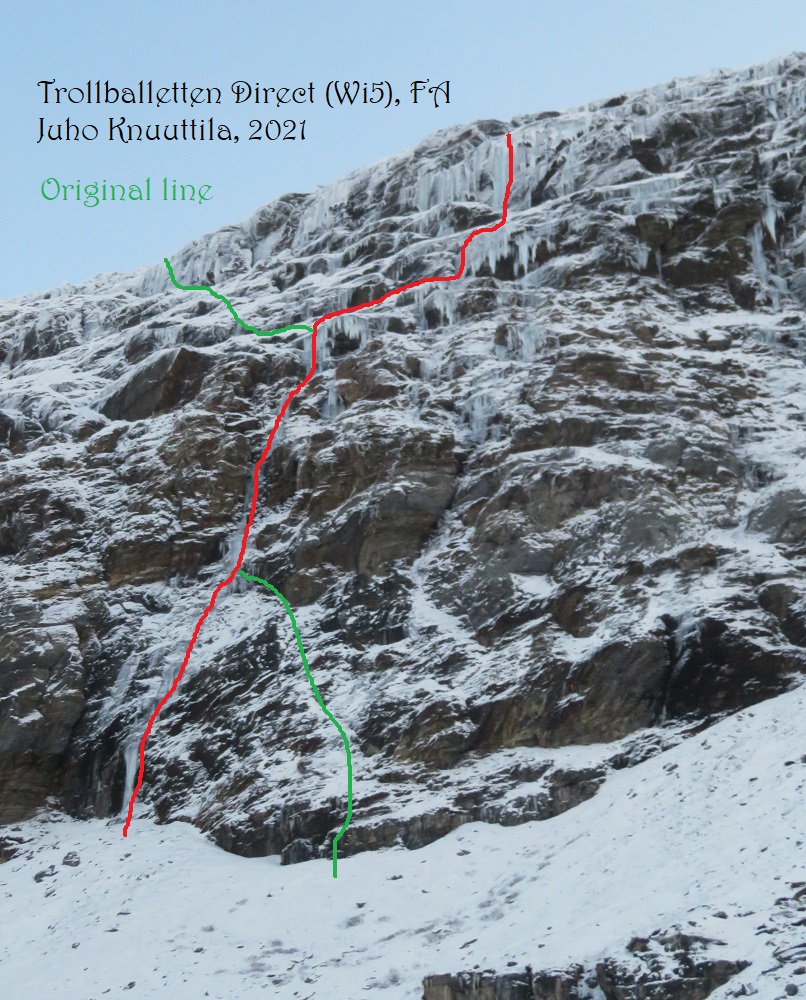 Kärkevagge valley, Sweden. New direct variation to Trollbaletten. Original line was climbed by Sofie Eriksson and Alexander Nordvall in January 2020. In November 2021 I added a direct start and ending to it, climbing it as a full ice line.

We continued our search of virgin ice and found a new line high on the platteus of Lappskardet, above the deep valley of Kirkesdalen in Norway. 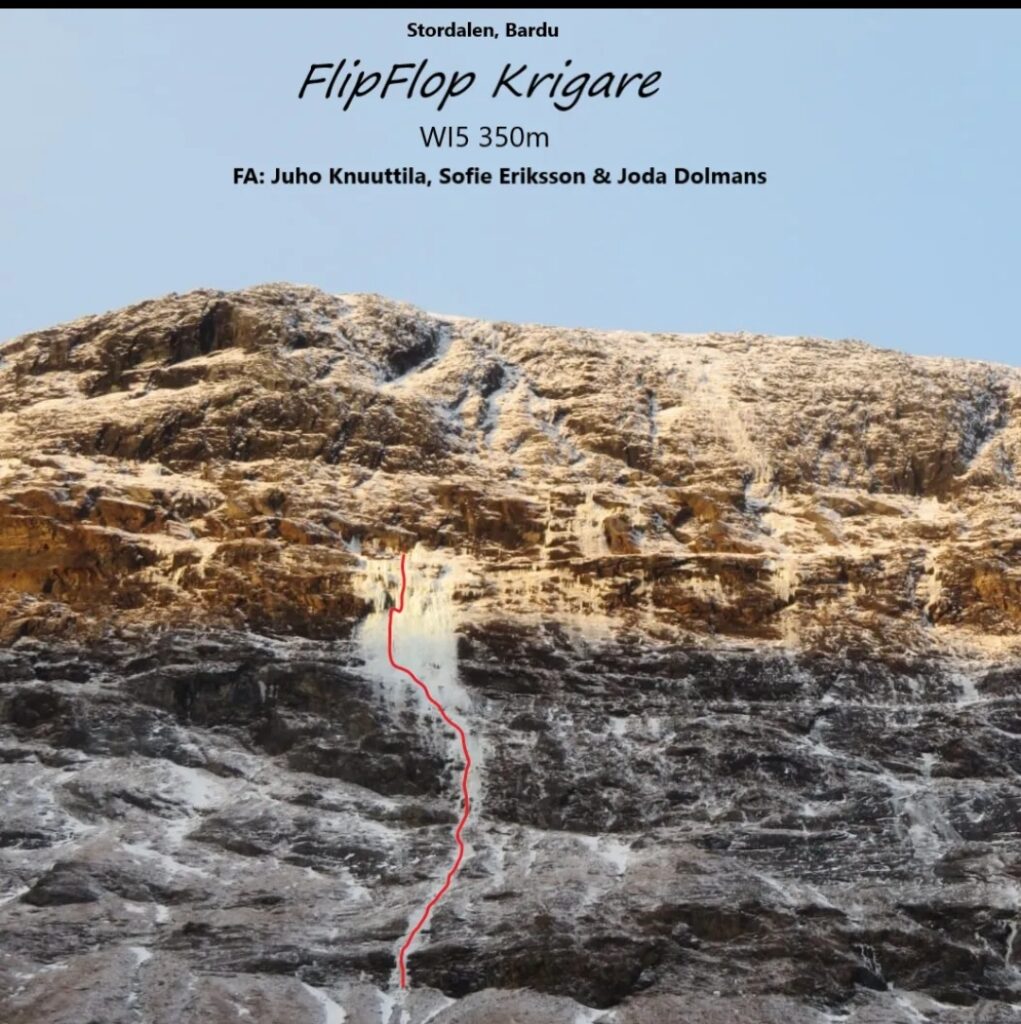 Last addition to local ice scene was FlipFlop Krigere in Stordalen with Joda and Sofie. Climbed in November 2021. 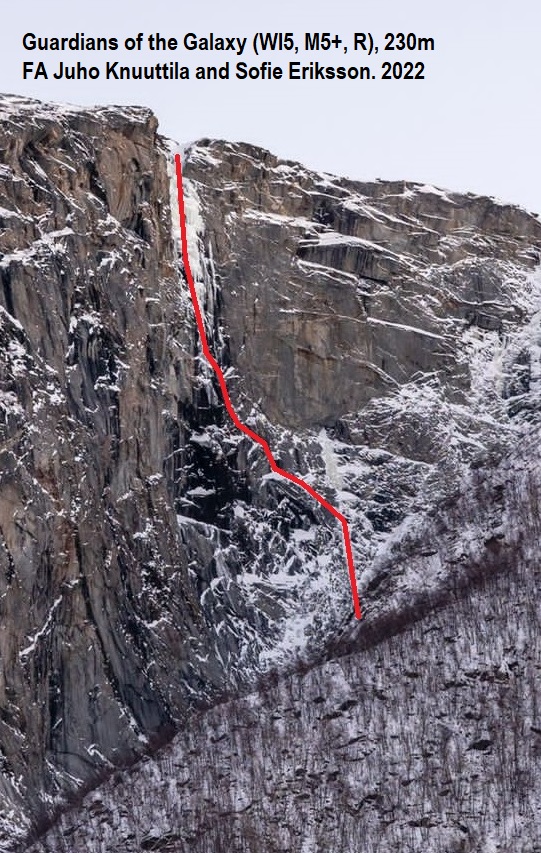 In February conditions were good again. Sofie and me did a new mixed route in Skjomen, naming it to Guardians of the Galaxy. Four pitches of good climbing on the SW side of Lapviktinden. 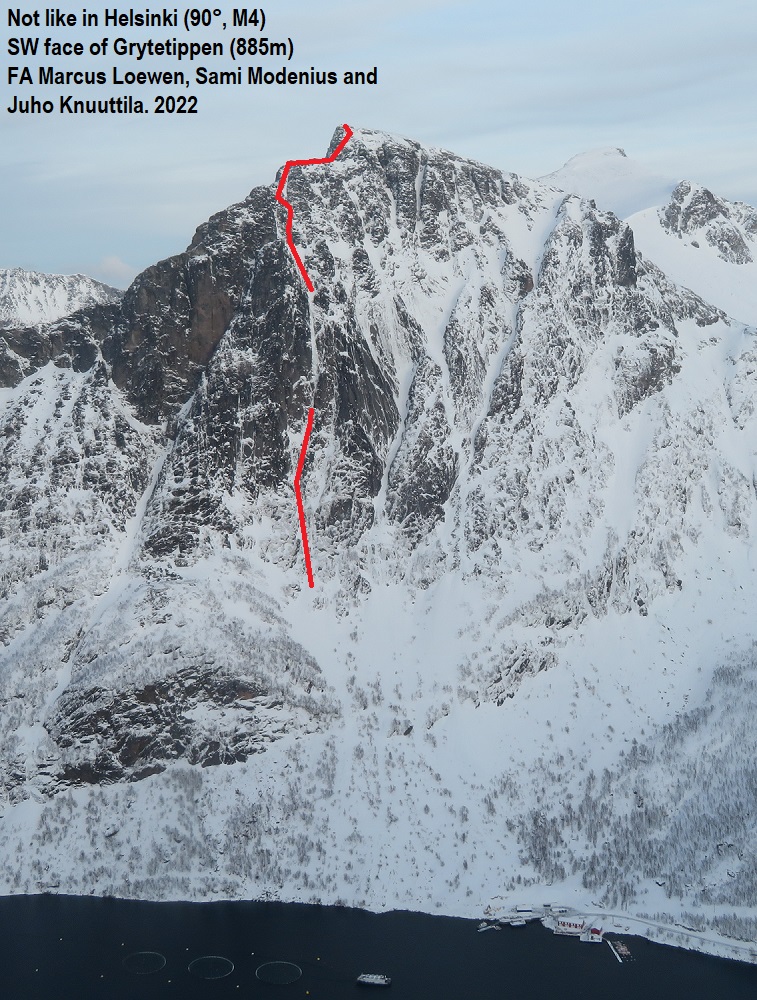 Marcus Loewen, Sami Modenius and me did a last obvious unclimbed line on the SW face of Grytetippen in Senja in February 2022. A good mountaineering route with a shorth approach. 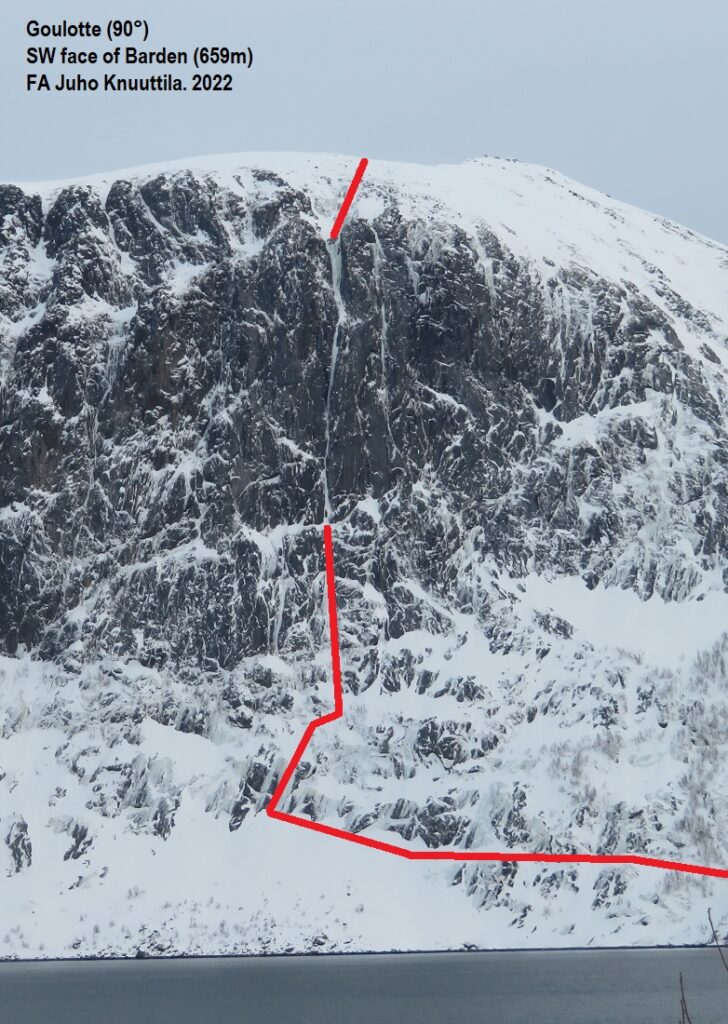 After Grytetippen I free soloed a new line to SW face of Barden. Chamonix style goulotte climbing all the way. This has a potential to become a classic. Approach from Mefjordbotn takes an hour.

Last new route in Senja was first ascent of the N face of Breidtind with Sami Modenius. Finnjävel climbs to the highest point of the island following obvoius features on the face. It was the first route that continues all the way to the true summit. 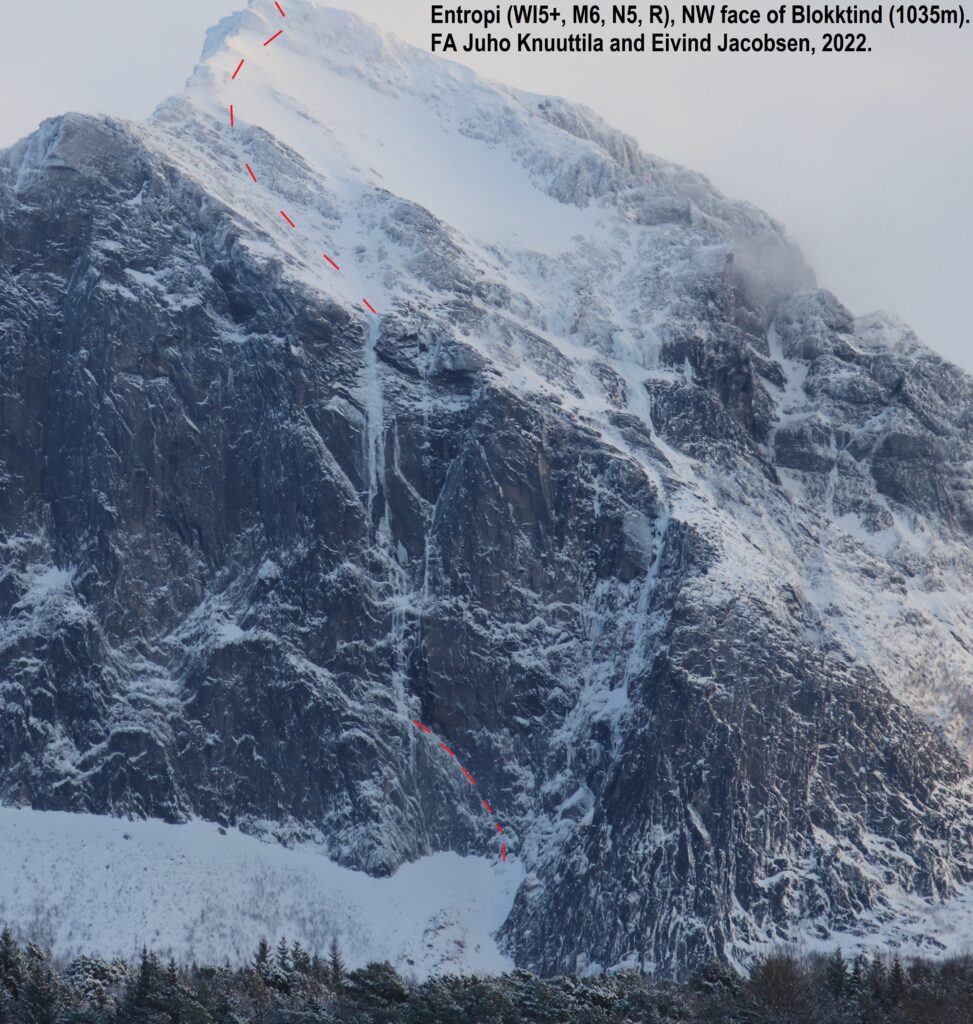 In early March 2022 I did a new line on the NW face of Blokktind with Eivind Jacobsen. It was a highlight of the season for sure.