In July 2018 I and Antti Liukkonen drove up to Northern Norway to the arctic island of Kvaløya. Main plans was to climb “Thanatos”, the big 7a hand crack at Baugen and after that enjoy more classics area has to offer. We did three routes at Baugen´s beautiful 250m south face: “Flygende Hollender”, “Silhuetten” and “Thanatos”. On-sighting the main goal was a small dream come true and gave some confidence for the future.

From Kvaløya we went to Lofoten for a few days to tick some more classics like Presten. Weather was enjoyable but I got pneumonia and was forced to rest last days of the trip. Antti managed to do some more climbing though.

Nice two weeks up in the north! I won`t write anything bigger, so here´s some pictures to get idea what we did. 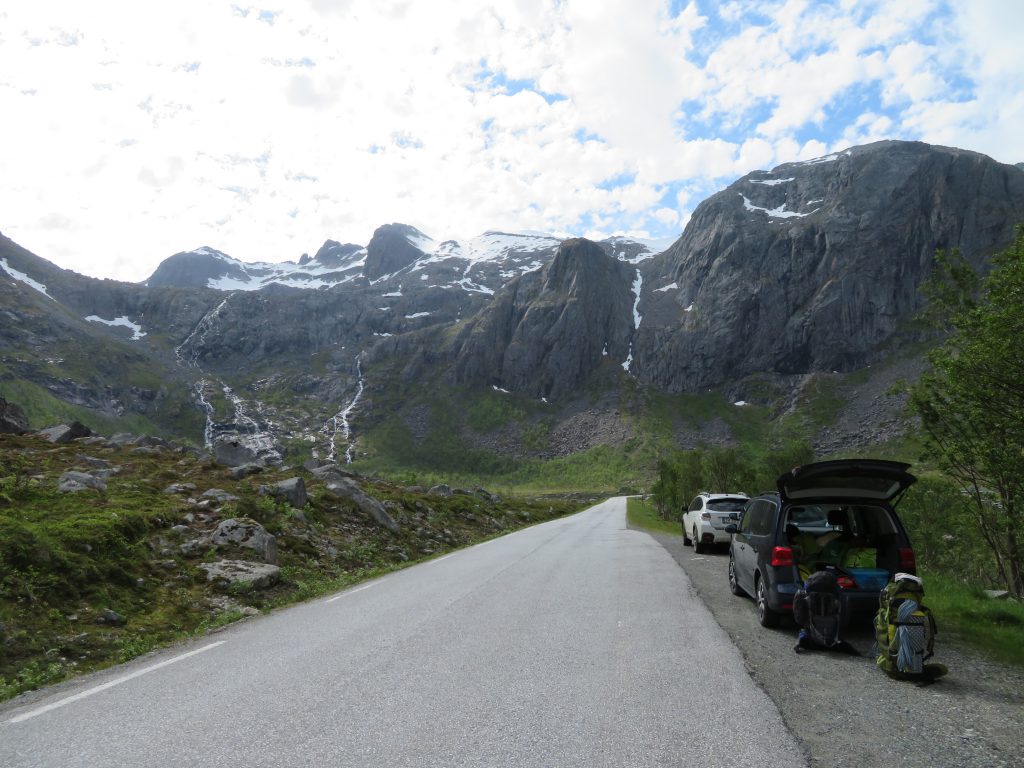 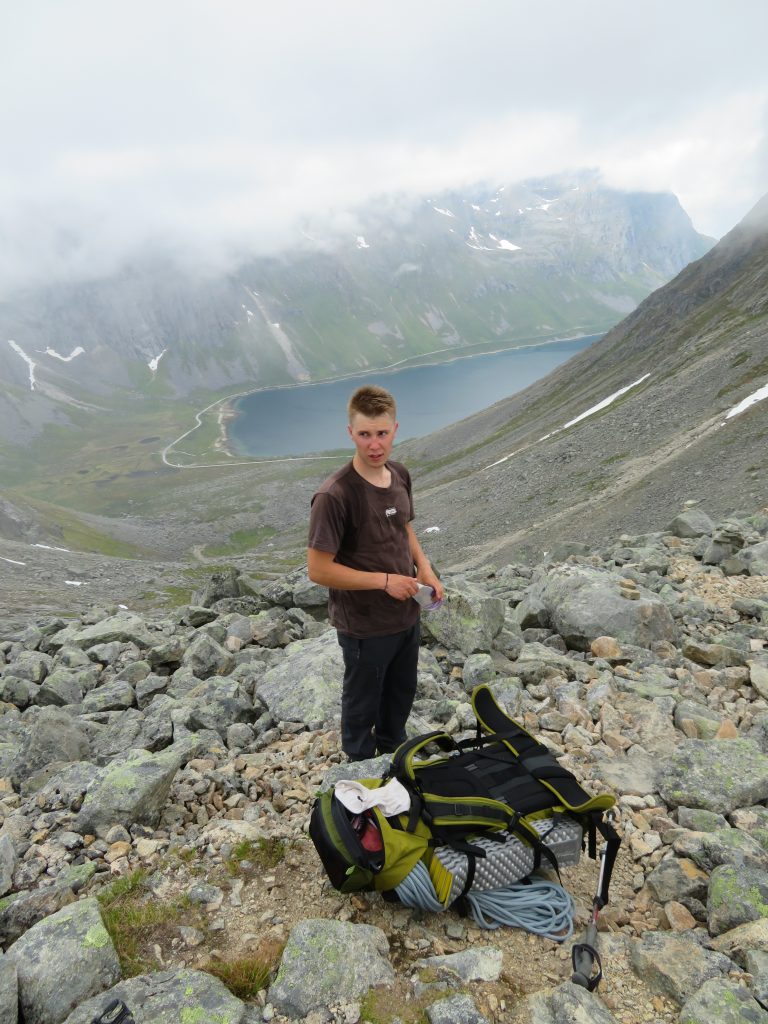 Sweaty hike to the hut. Five days worth of food and gear. 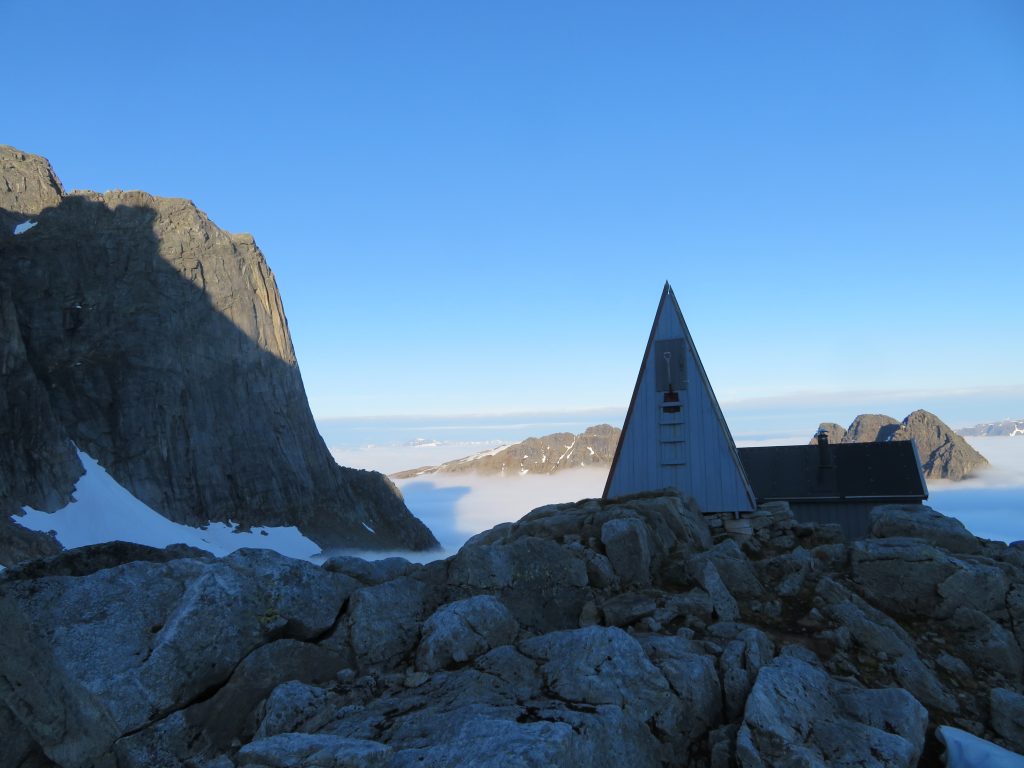 Perfectly situated hut as Baugen´s south face is only 10 minutes walk away. 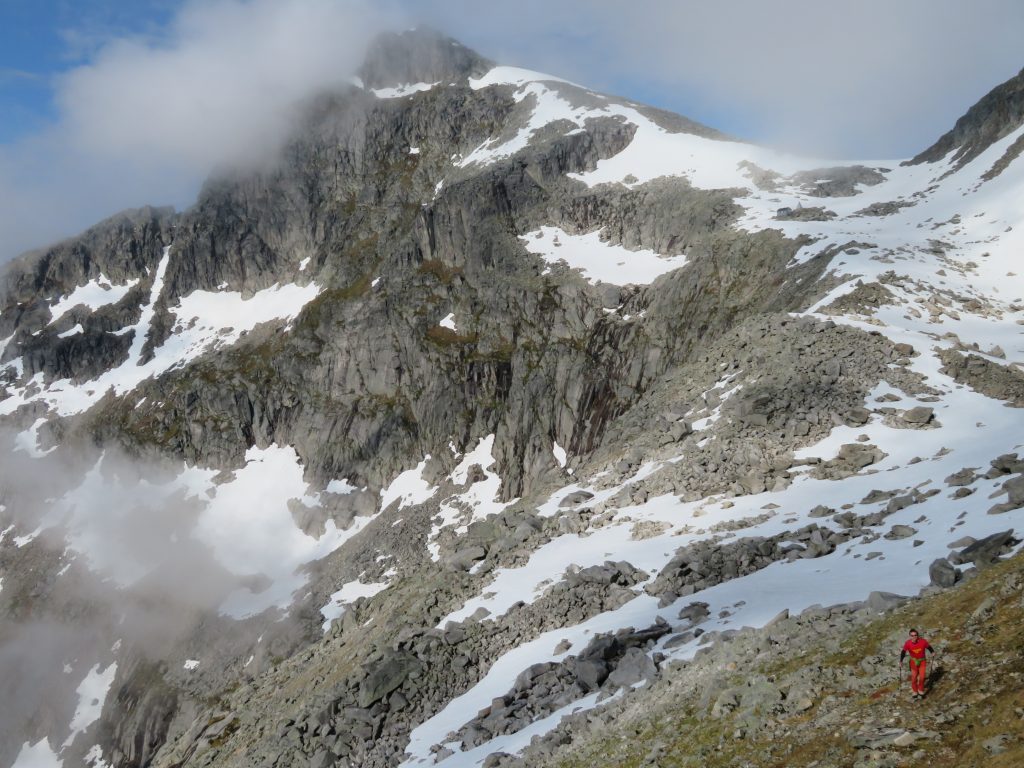 Antti approaching. Hut is visible in the background. 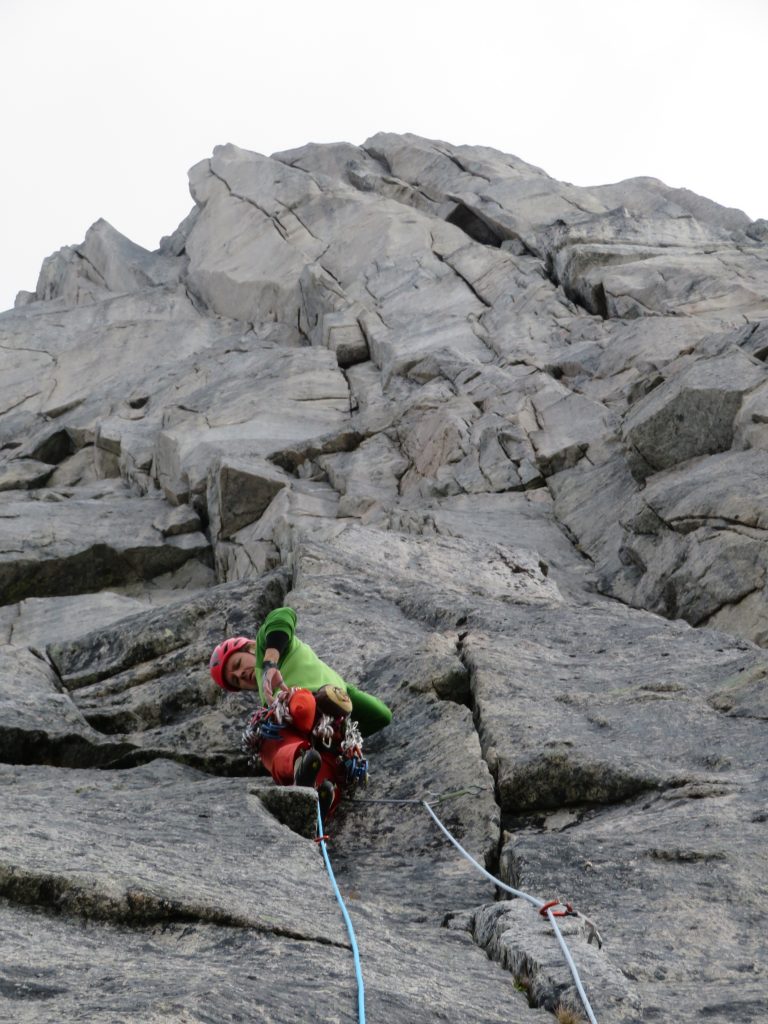 Warm up route was “Flygende Hollender”. Quite hard 6b! Antti climbing the first easy pitch. 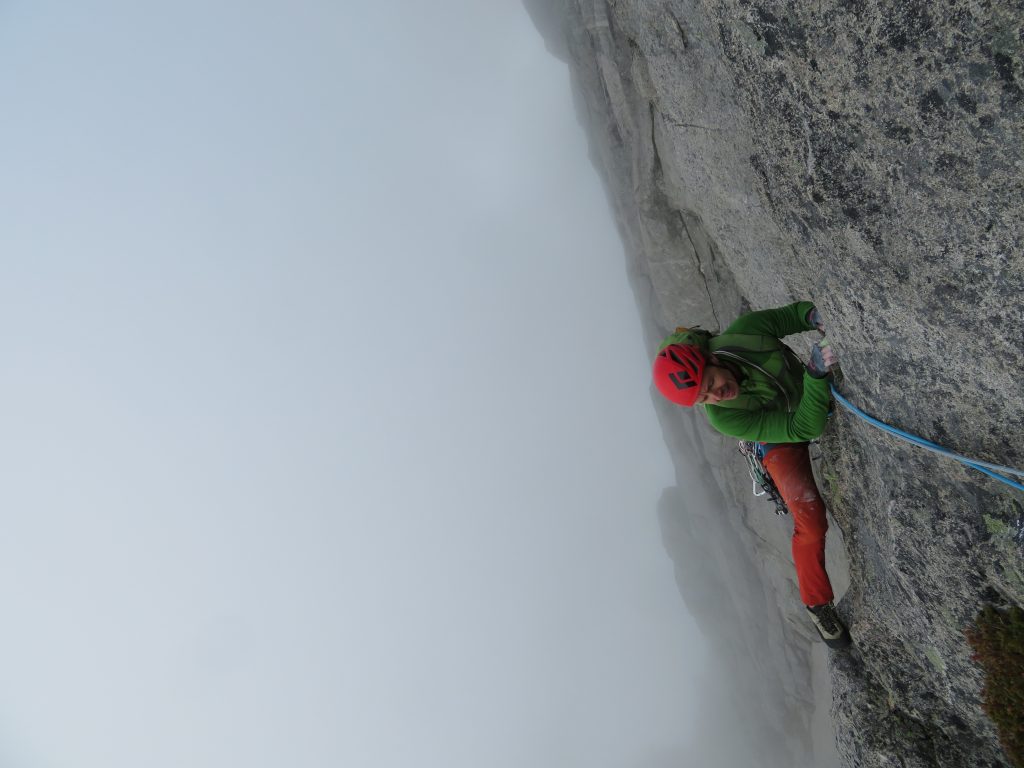 We basicly climbed in a cloud all day. 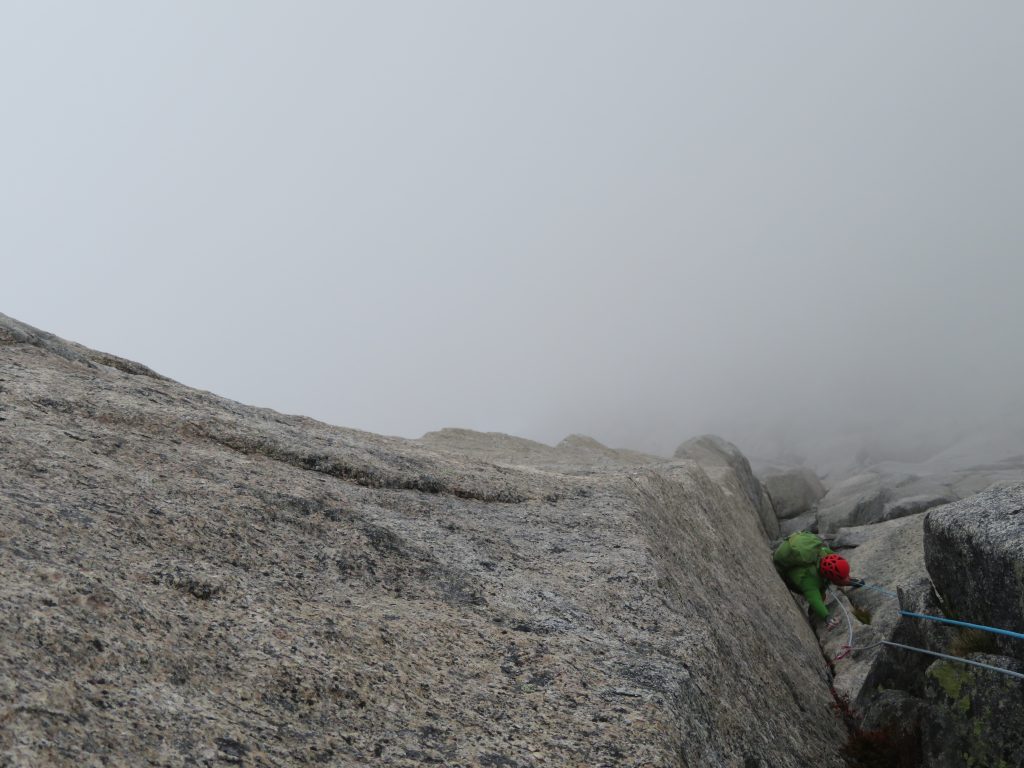 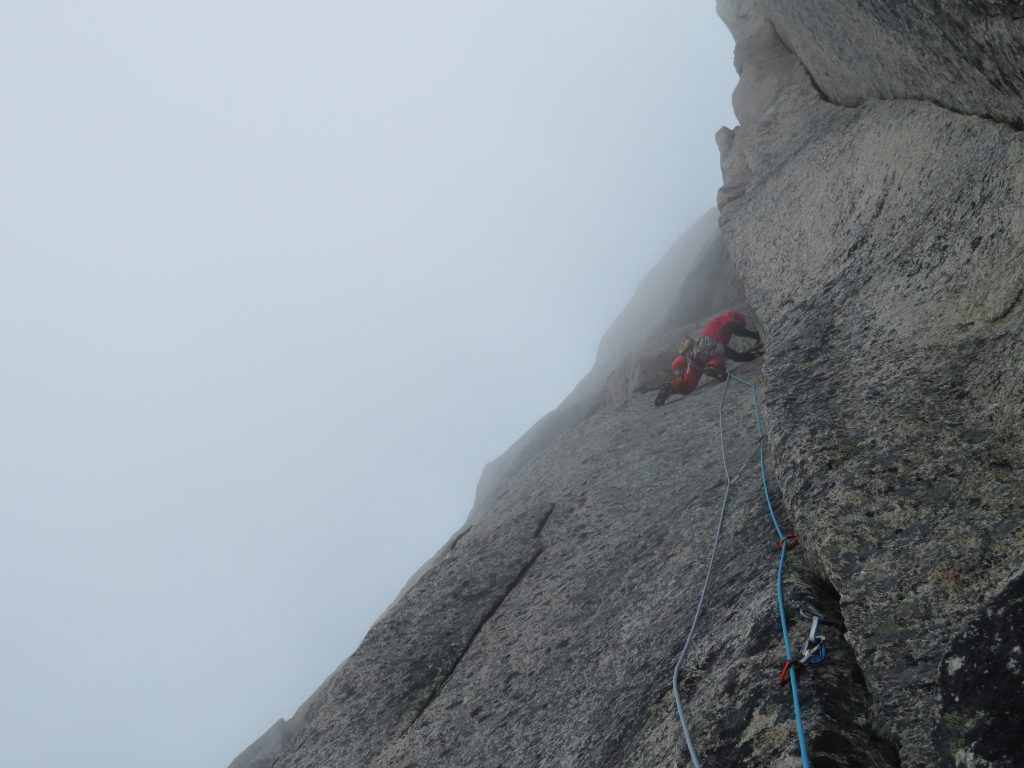 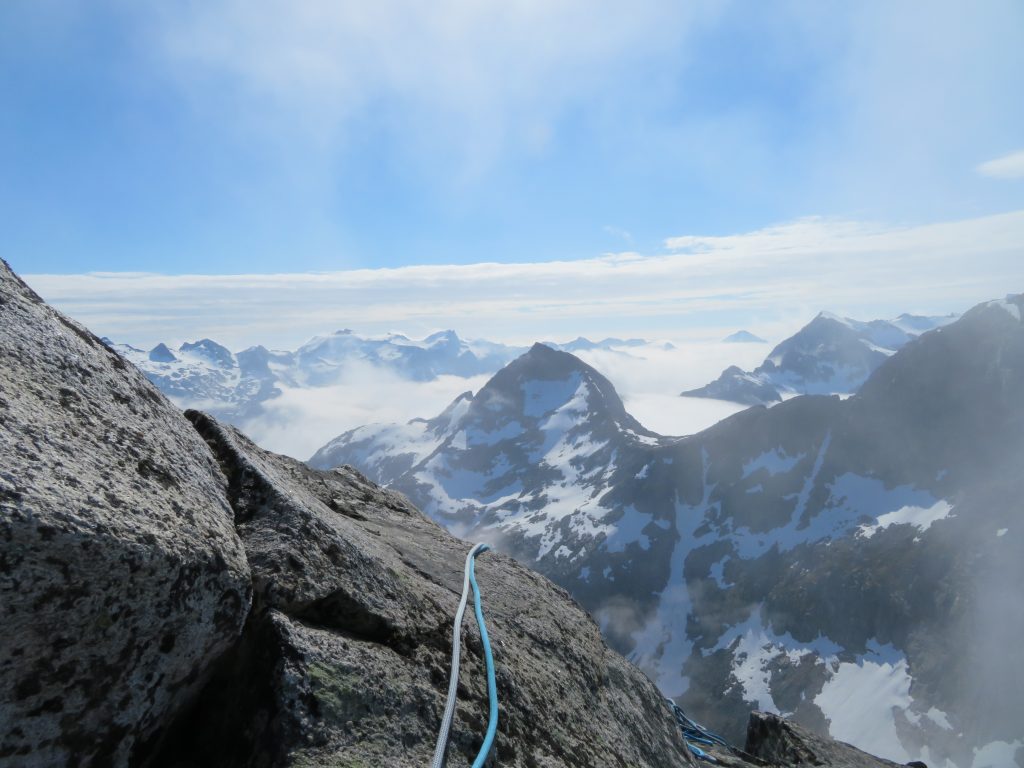 Luckily top of the Baugen was free of clouds. 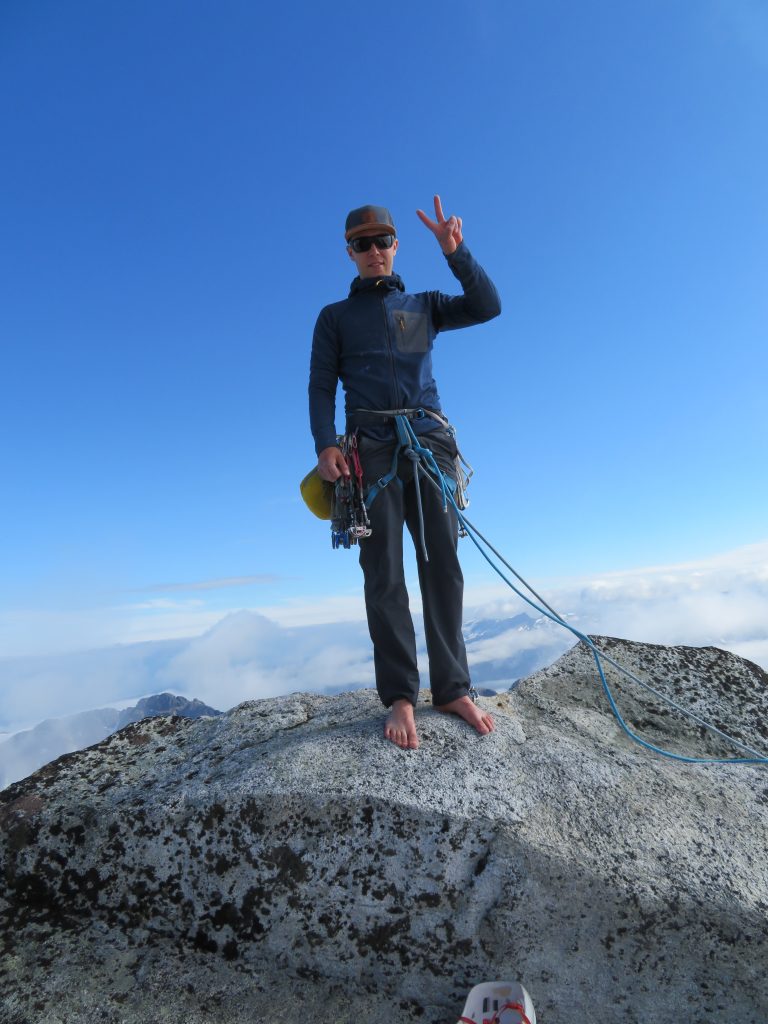 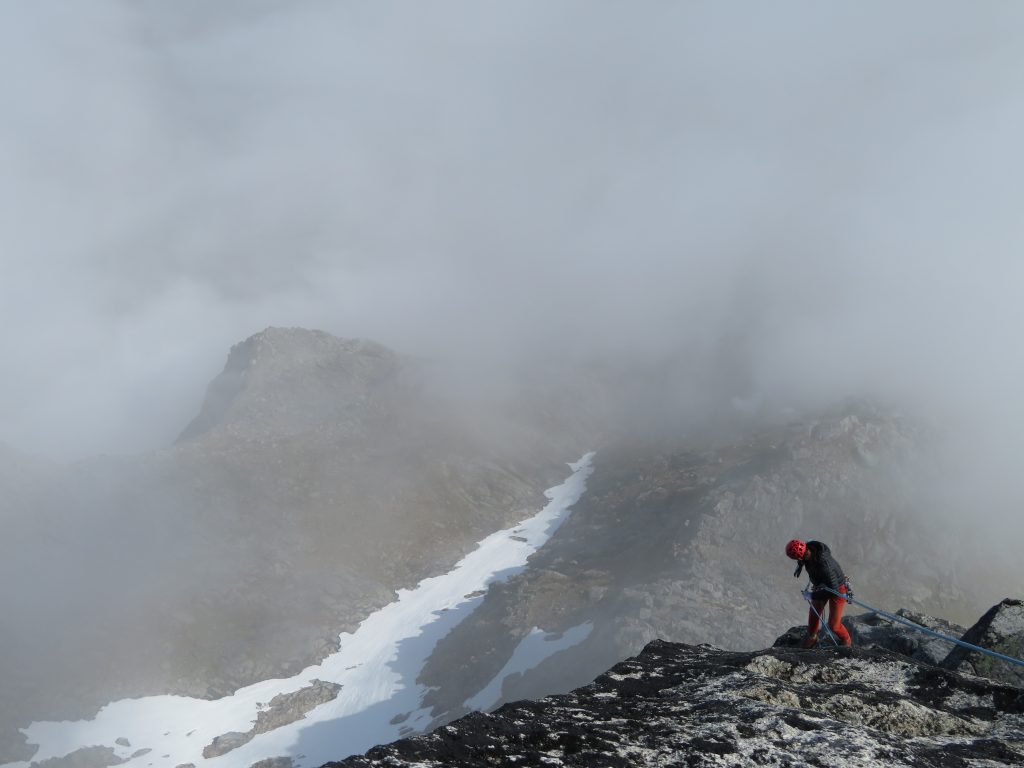 Rappelling off was quite simple with bolted stations. 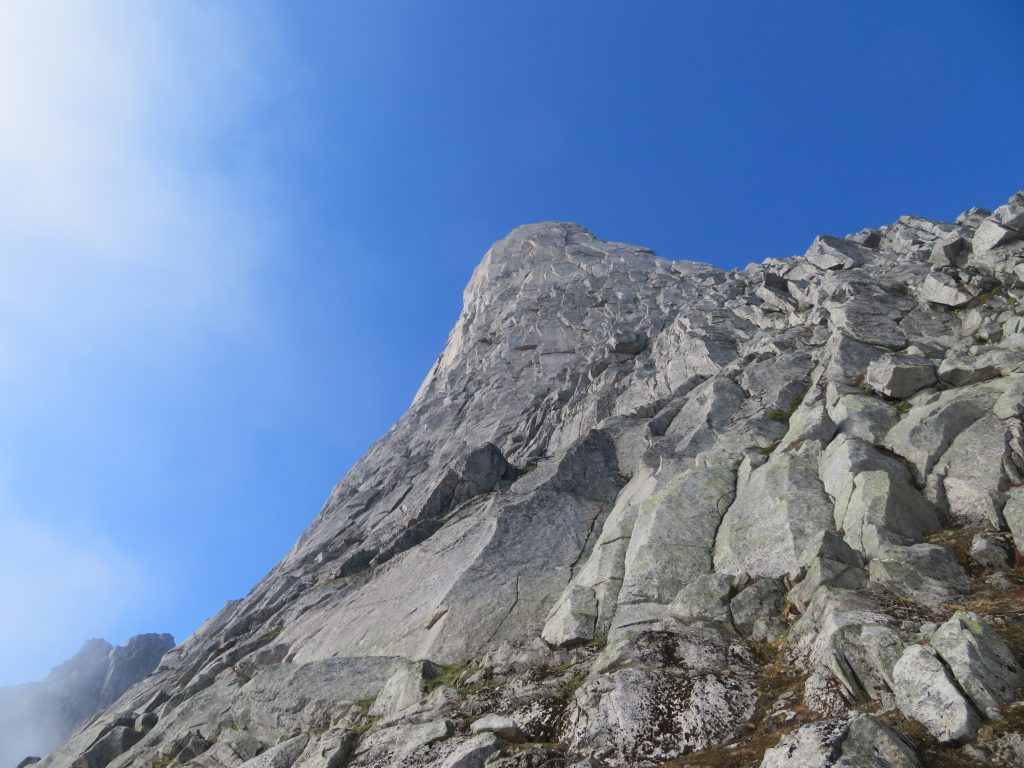 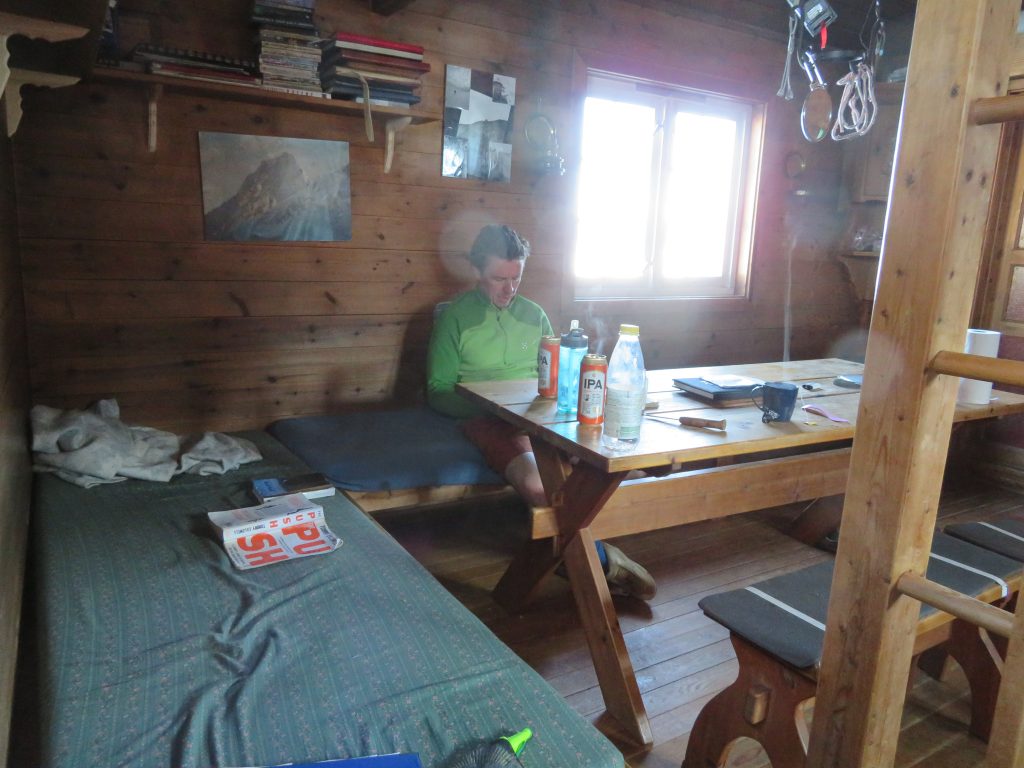 Antti relaxing the evening before Thanatos. Of course to keep psyche high and stoke alive we read The Push. 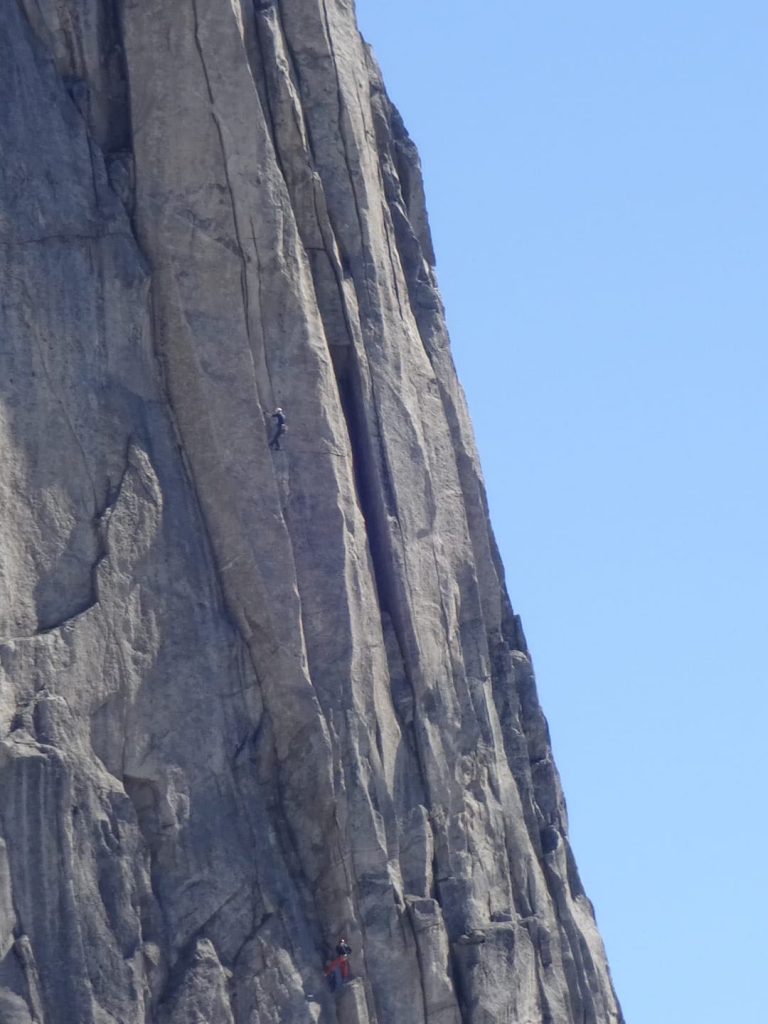 And so went for Thanatos. Juho climbing fourth pitch which was wet. Picture by Suvi R. 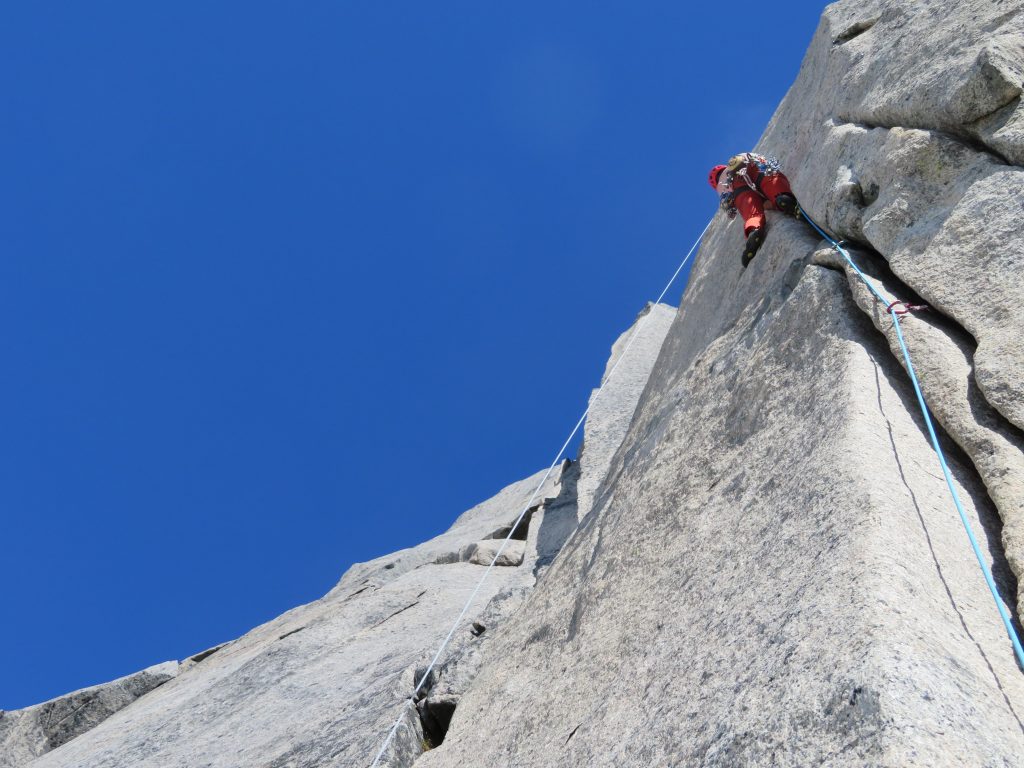 Antti red pointing the crux pitch as he followed it last year. I managed to on-sight it few moments earlier. But just. 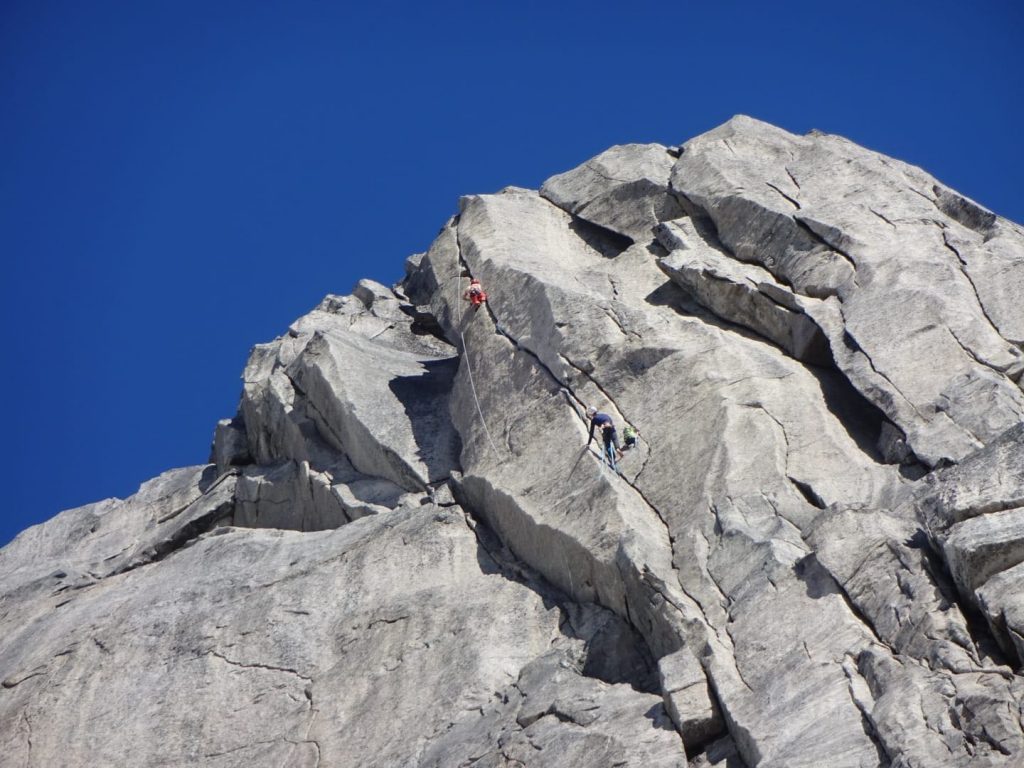 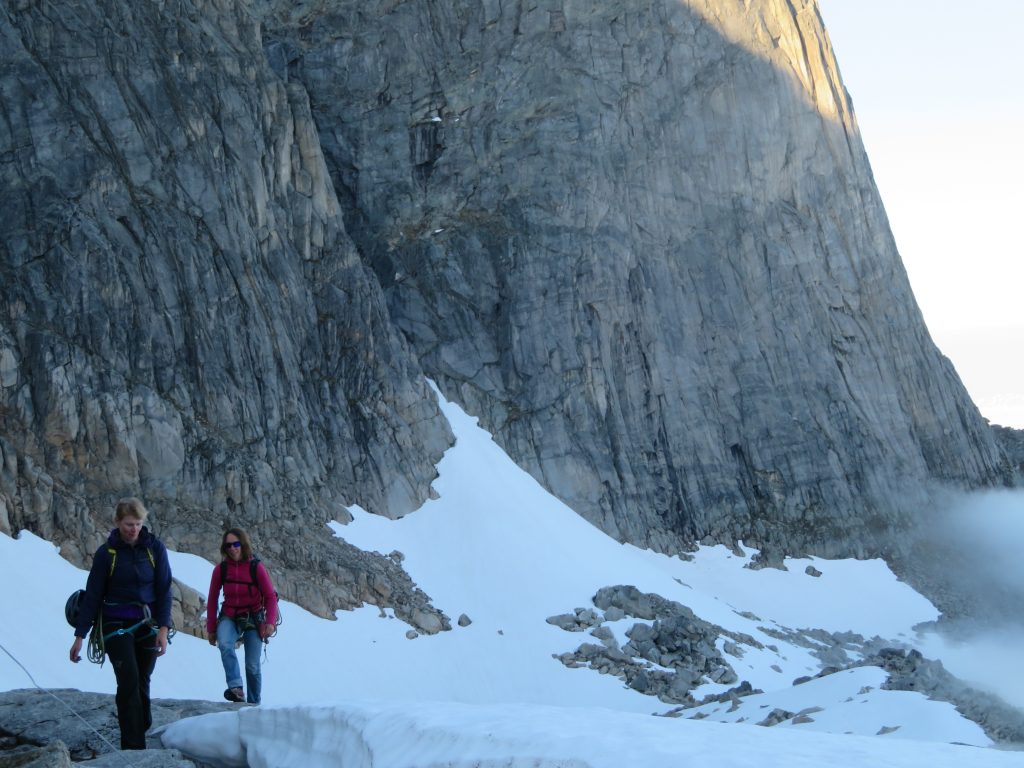 Liisa and Suvi nearing the hut after a day of sending. 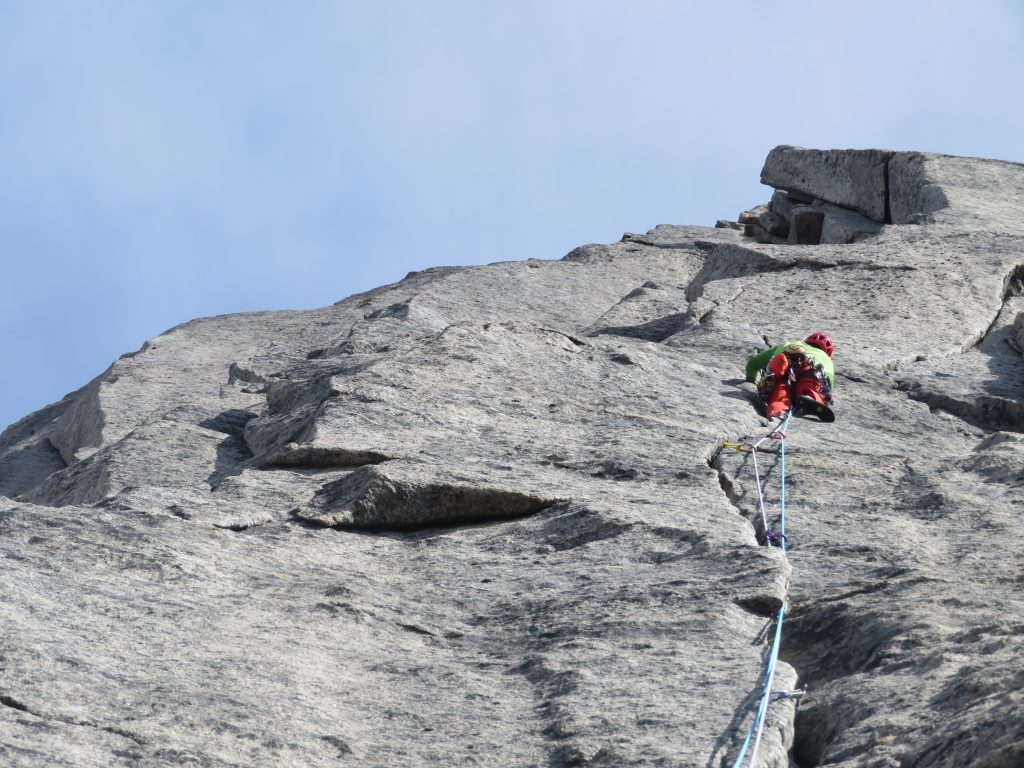 Our last route on Baugen was Silhueten, 6b. Few nice parts, but nothing compared to Thanatos and Flygene Hollender. 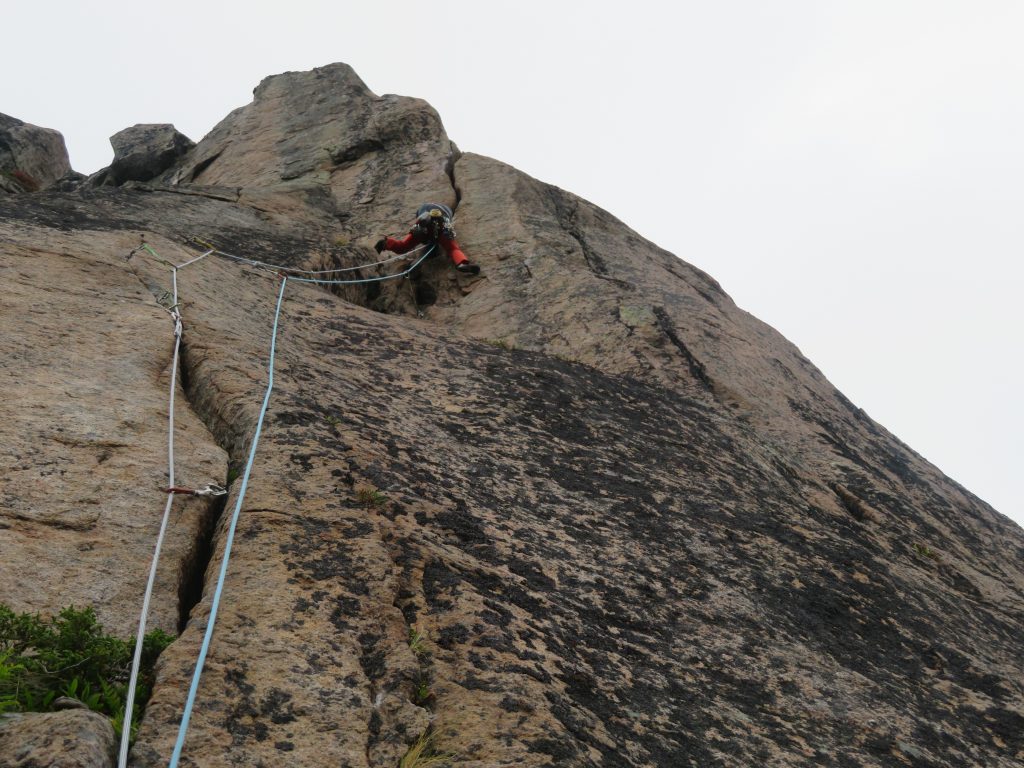 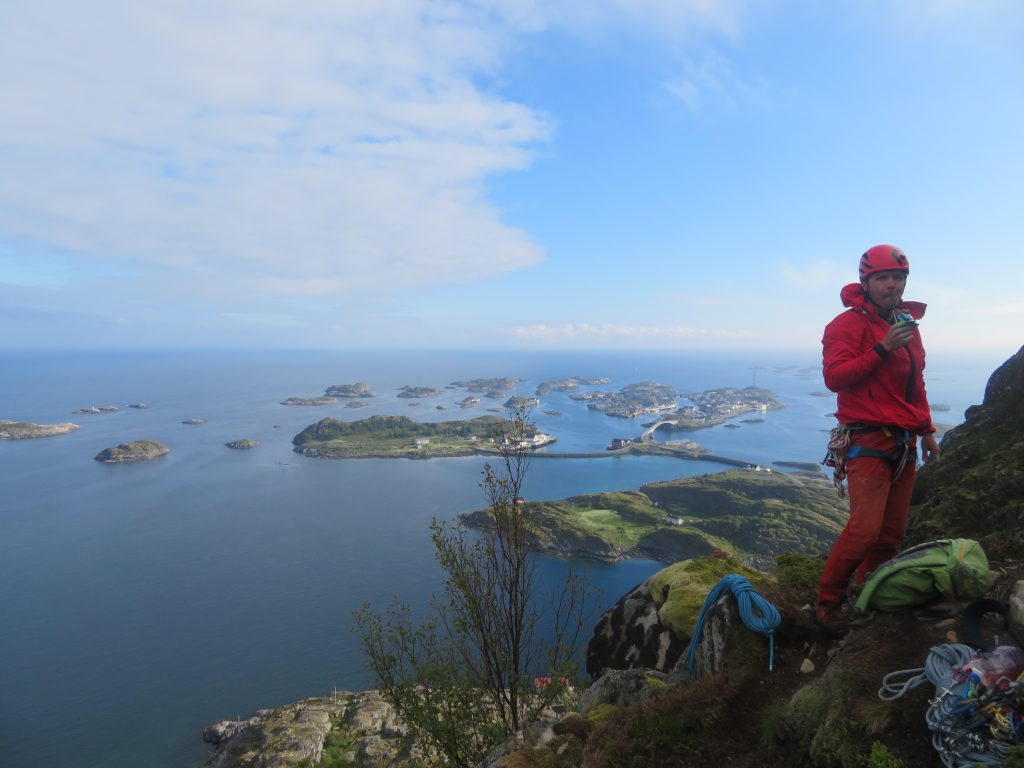 Antti top of the Vårkåt. 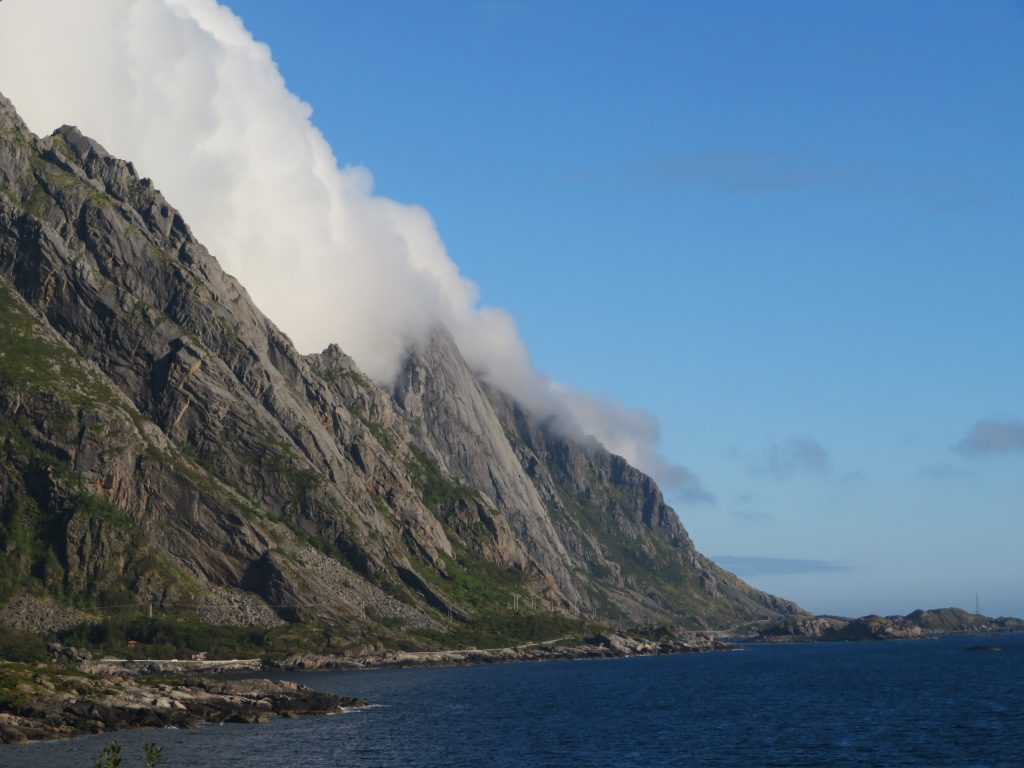 The main event of the Lofoten part. The Presten. 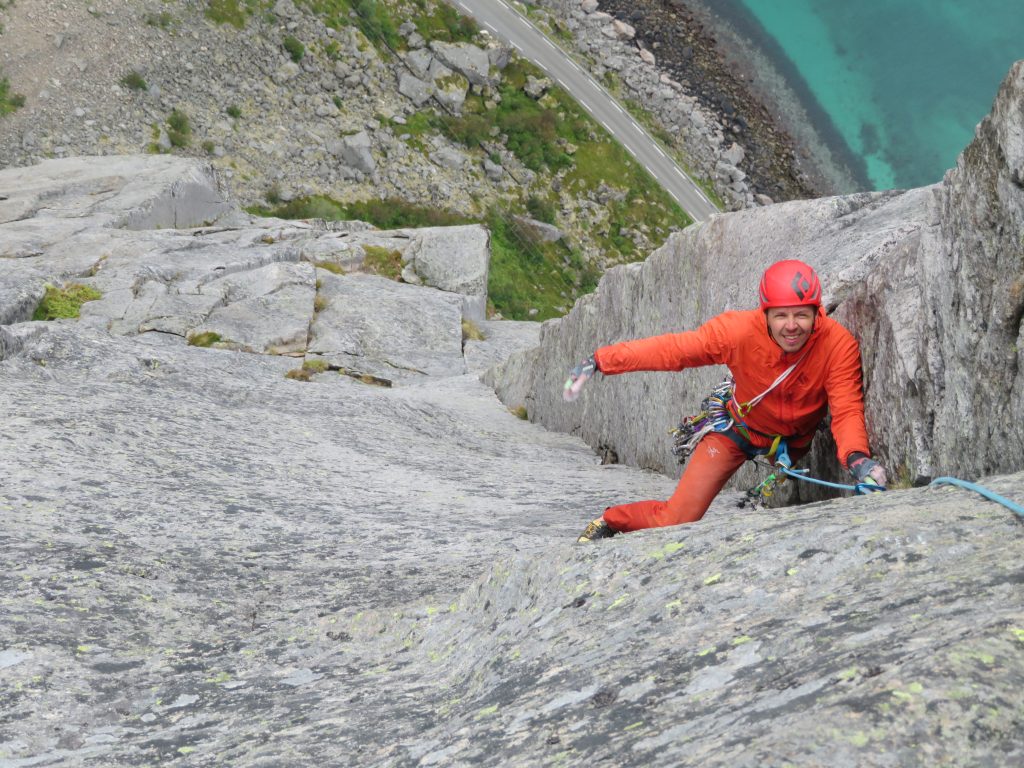 We did the Direct Vestpillaren with original avslutning, N7. Crux corner was nice even in the baltic winds. 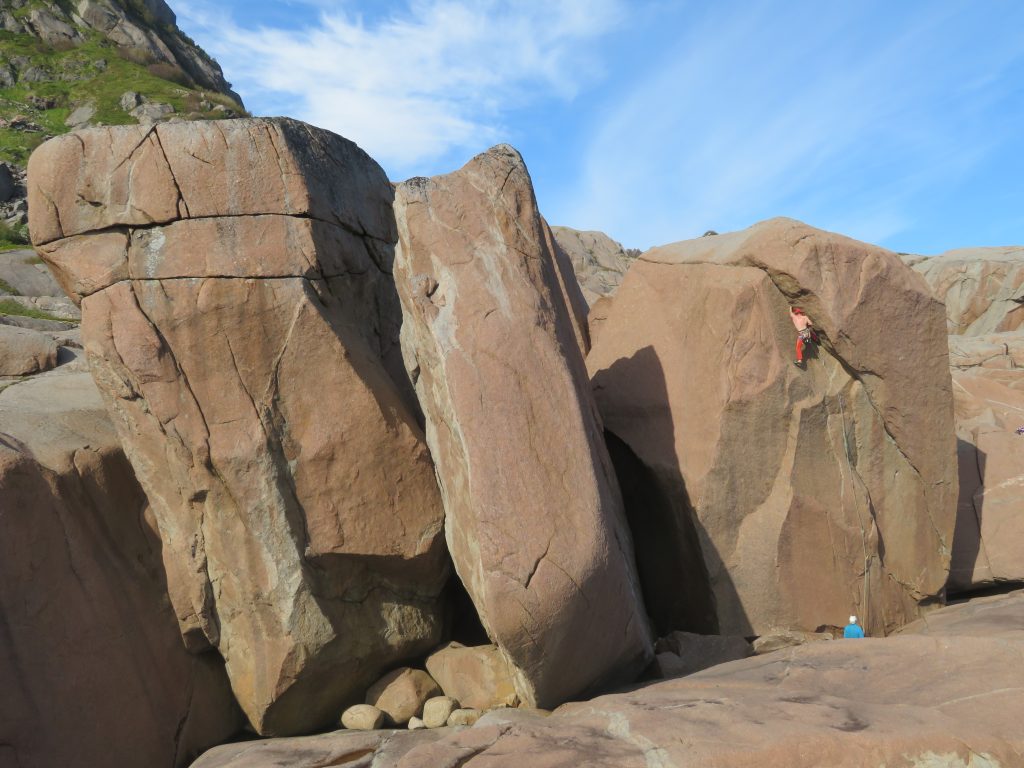 In the end I got pneumonia which stopped my climbing plans rest of the trip. Antti teamed up with Max Miner to tick few more classics before long drive back home.